The thoughts below are from Richard Bevan, COO at Brightside Group

No matter how rose-tinted our spectacles are, the data on the number of women in senior positions, not to mention other groups, doesn’t lie. Only one insurance business, Lloyd's of London, makes it into the Stonewall list of the top 100 LGBT employers, at 95. Diversity presents a serious challenge for the insurance industry. How can we attract and retain talent in a world where insurance is moving from a relationship-dominated industry to one where data and analytics plays an ever more important role? The industry won’t attract talent if we’re not exciting and inclusive and welcoming of diversity in all its forms. Perhaps that’s one reason why so many talented people are trying to develop new insurance companies rather than join existing ones.

Empirical evidence confirms that businesses with a more diverse workforce and board make better decisions. They are more balanced and mindful of how to take risks. Investors have taken note: Black Rock has launched an exchange-traded fund for investors in companies that promote diversity and inclusion practices, which, it says, have been shown to benefit companies’ long-term performance.

Even Lloyd’s of London, a member of the Stonewall top 100, has found it very difficult to execute cultural change. A recent Bloomberg report has highlighted sexual harassment and a laddish drinking culture at Lloyd’s. Media scrutiny means poor behaviour can no longer buried under the carpet, and how do you attract new people if the culture is perceived as toxic? Some strides have been made. I’ve seen the lesbian, gay, bisexual, and transgender insurance network - Link -  set up, gaining hundreds of members, and the benefits of working with the Dive In Festival. There is also more visibility from senior executives leading the charge on inclusion, such as the Insurance Supper Club and the Independent Women in Insurance Network and there are some straight allies across the sector who understand why inclusivity matters.

However, when I talk to university undergraduates it’s clear our industry reputation is not one that yet welcomes diverse people as a matter of course. Sadly, I’ve also talked to people working for insurers and brokers who feel they need to go back into the closet because they’re genuinely terrified about their sexuality being exposed among their straight male colleagues.

So, what is my diversity blueprint? I’d like to see more straight allies standing up to support diversity. Mentoring, and especially reverse mentoring, where senior managers are themselves mentored by more junior LGBT and/or Black, Asian and Minority Ethnic colleagues, is hugely valuable. Make diversity an executive committee business topic; don’t outsource the issue to HR or a ‘diversity champion.’

The Stonewall Top 100 is not for the fainthearted, but it benchmarks the top UK companies, and gives valuable guidance for businesses wishing to be diversity leaders.  Supporting Pride (not just London Pride but the regions too) matters for business, especially global businesses, but as part of a committed strategy, rather than a once-a-year PR stunt.

Law firms, accountants, banks, universities and public bodies all feature on the Stonewall Top 100. And one insurance business.That is hugely disappointing. We must change, and fast.

To join our database and receive personal invitations to our Forums and updates on current information – simply e-mail iwin@wci.org.uk 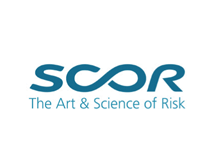 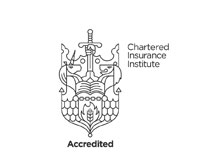